You have a club rating if you play at least one timed, two-person game at a meeting of the Charleston Scrabble Club during the current year. If your North American Scrabble Players Association rating exceeds your club rating, the NASPA rating replaces the club rating. Other statistics that are tracked include the number of games won and lost,  average score per game, average margin, and number of bingos played. You can check out a list of all the bingos, including phonies, played at the most recent meeting. Every year an award is given to the person who plays the most inventive and/or outrageous phony that isn’t challenged off the board.

After you win  25 games at the club, Mr. Director will pay your fee for one year of NASPA membership, making you eligible to play in tournaments around the country. You receive additional one-year memberships as you achieve other milestones — 100 wins, 200 wins, etc. 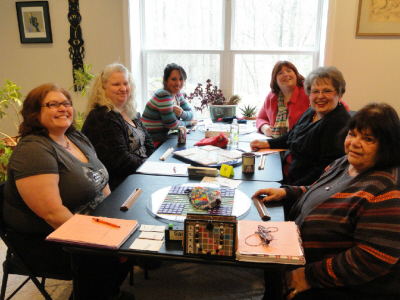